Fun activities on offer for kids this Easter

A host of exciting activities are on offer to youngsters across Charnwood during the Easter holidays. Active Charnwood, the sport and recreation team at Charnwood Borough Council, are running activities from April 13 to April 21. Den building and.. 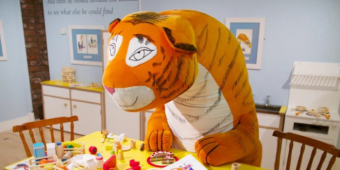 The press release below was issued by Leicestershire County Council. Talented young writers have been showcasing their storytelling and illustration skills in a competition inspired by Charnwood Museum’s hugely popular exhibition, The Tiger Who.. Residents are being invited to have a say on a planned memorial to mark the impact of the coronavirus pandemic on local communities. The Hope Bell will be a lasting memorial to all those in Charnwood who have lost their lives in the Covid-19 pandemic.. 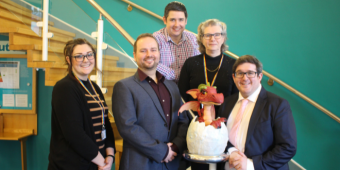 Loughborough Town Hall has announced it is renewing its partnership with multi award-winning theatre producers Little Wolf Entertainment, to present the venue’s annual pantomime. The producers, who have created the last eight pantomime seasons at.. Loughborough Fair has won a top tourism award in the year it celebrated its 800th anniversary. The event, organised by Charnwood Borough Council which operates the markets and fair, won the ‘Best Free Event’ at the Leicestershire Tourism..

Updated, March 28: We've had lots of interest in the litter pickers and have had to stop taking requests for them. Thanks for all your interest. We're now sorting through the requests and will be in touch with the people who we can supply the packs.. A plaque dedicating the Outwoods Visitor Centre and Café in memory of David Slater, former leader of Charnwood Borough Council was recently unveiled at an event to formally open the new facility. In this short video, Cllr Jonathan Morgan, leader of.. Video: Play Beat the Street in Loughborough before the end of March

There is just over a week left to play Beat the Street in Loughborough. Over 4,500 players have already signed up, covering over 37,000 miles in the last three weeks! The activity game was launched at Thrope Acre Junior School earlier in the month.. A website to promote Charnwood’s exciting offer to visitors has been launched. Discover Charnwood has been developed by the borough council to showcase the area’s unique story along with its wonderful attractions and vibrant towns and.. A plaque dedicating the Outwoods Visitor Centre and Café in memory of David Slater, former leader of Charnwood Borough Council has been unveiled. The plaque recognises David’s service to the people of Charnwood and was revealed at an event to.. A flat in Loughborough has been served with a closure order after reports of drug-related anti-social behaviour. Charnwood Borough Council secured the order on the council flat in Moira Street on March 9, meaning that no-one, including the tenant,.. Families with children are invited to Loughborough’s Polish Community Centre on Saturday between 1.30pm and 3.30pm to help decorate boxes of goods being sent to help Ukrainian refugees. The community centre in True Lovers Walk would welcome people.. Loughborough’s Polish community is calling for businesses to support their appeal to help Ukrainian refugees. The Polish Community Centre in Loughborough, which is co-ordinating the effort, says it needs underwear of all sizes and bedding including.. Families are being invited to visit Loughborough town centre for an event to celebrate Mother’s Day on Saturday March 26. Love Loughborough BID is hosting the event in partnership with Charnwood Borough Council, which will run from 10am until 2pm.. A new English oak tree was recently planted in Queen's Park, Loughborough to mark the 70th day of the year in which Her Majesty The Queen celebrates the 70th anniversary of her accession. The tree was planted in support of the Queen’s Green Canopy.. Lighting the Beacon competition for the Platinum Jubilee

A competition is being held to find a local resident to play an important part in Charnwood’s celebrations for Her Majesty the Queen’s Platinum Jubilee. Charnwood Borough Council is searching for a resident who was born in 1952 – the year of.. An oak tree has been planted in Loughborough to mark Her Majesty The Queen’s Platinum Jubilee. The tree planting ceremony took place in Queen’s Park in Loughborough on Friday March 11 in support of the Queen’s Green Canopy (QGC). It was led by..

Video: Community comes together in show of solidarity for Ukraine

As the community came together in Loughborough on Saturday to show support for the people of Ukraine, we spoke to Gosia Khrais from the Polish community, Charnwood Borough Council Leader Jonathan Morgan and Mayor of Charnwood, Cllr Paul Baines for.. Community comes together to show support for Ukraine

Loughborough's Polish community gathered with other members of the Charnwood community on Saturday, March 12 to show their solidarity for the people of Ukraine. They gathered at Loughborough's iconic Sockman statue in the town centre. The Sockman was.. 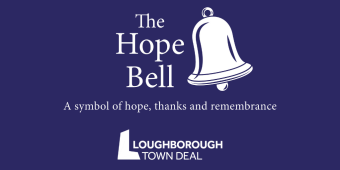 Have a say and get involved with planned Covid-19 memorial

Residents are being invited to an engagement session to help develop a memorial to mark the impact of the coronavirus pandemic on local communities The Hope Bell project, backed by Loughborough Town Deal, will be a lasting memorial to all those in.. 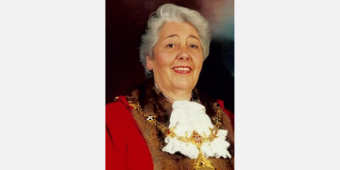 Charnwood Borough Council would like to pay tribute to the former Mayor of Charnwood Mavis Mason, who has sadly passed away. Mavis represented the Cossington and Sileby Ward as a borough councillor from May 1976 - May 1983 and later represented the.. 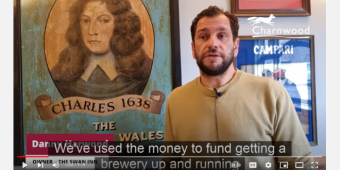 Since April 2020, Charnwood Borough Council has administered a total of £58 million in Government funding to over a thousand local businesses across the borough. In the short video below, Danny Harwood, landlord of The Swan Inn in Mountsorrel.. 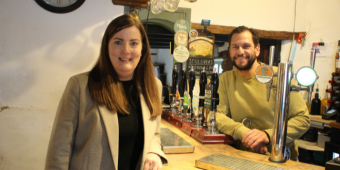 Microbrewery in development thanks to Covid-19 grant

A local pub in Mountsorrel is in the process of setting up a microbrewery thanks to a Covid-19 business grant from Charnwood Borough Council. The Swan Inn in Mountsorrel plans to open the microbrewery later this year after successfully applying to.. Charnwood Borough Council staff, Members and partner organisations have come together to support International Women’s Day on Tuesday, March 8. Colleagues gathered at the Council offices for a photograph and video interviews to share on the.. Say thank you and nominate your Charnwood Communities Heroes today!

Residents are being urged to enter nominations for Charnwood Community Heroes 2022. The awards, run by Charnwood Borough Council, are a chance to thank people, groups and organisations who have carried out a good deed – no matter how small or large.. 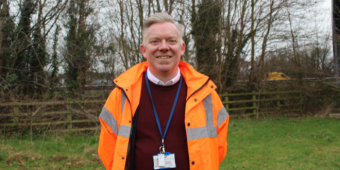 Video: Spring clean of A6 and A46 to get underway

Charnwood Borough Council’s waste partner Serco will be undertaking a clean-up in March which will see litter and debris cleared from central reservations, slip roads and laybys of the A6 and A46 in the borough. In this short video, the Council's..

A flat in Loughborough has been served with a closure order after reports of drug-related anti-social behaviour. Charnwood Borough Council secured the order on the council flat in Russell Street on February 24 which means no-one, including the.. The Polish Community Centre in Loughborough is still accepting donations for its appeal to help Ukrainian refugees. There is a full list of items below. They can be dropped off at the club on Sunday March 6 from 4.30pm. Please note they do NOT WANT.. Beat the Street launches in Loughborough

It is time to get active in Loughborough as Beat the Street has been launched. The game encourages people to get outside and active and works by turning an area into a real-life game. Participants visit ‘Beat Boxes’ around the area and their..