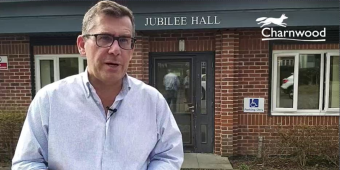 Cllr Jonathan Morgan, Leader of Charnwood Borough Council, gives his monthly Viewpoint update by video for August. He talks about the UK Shared Prosperity Fund and some of the projects across the borough which have been chosen to form part of a £4.. A series of projects have been chosen to form part of a £4 million investment plan in Charnwood to help the area level-up. Charnwood Borough Council has been allocated the funding under the Government’s UK Shared Prosperity Fund (UKSPF) and has.. Wildlife species surveyed by residents at open space in Loughborough

Charnwood residents took part in finding out which wildlife species inhabit Dishley Pool in Loughborough. The ‘BIOBLITZ’, organised by Charnwood Borough Council’s open spaces partner idverde with the Royal Protection of Birds took place at the..

We are starting a series of features about Council services to explain a bit more about what we do. First up is licensing. The Council’s Licensing team currently have over 3,500 licences on record. That covers everything from taxis and scrap metal.. As part of Ukraine Independence Day on August 24, Oksana has shared her story after travelling with her family from Dnipro in Ukraine to Loughborough. They arrived in April and are currently staying in a house offered by a host family. Oksana said:.. From Ukraine to Charnwood, Kateryna's story

As part of Ukraine Independence Day on August 24, Kateryna has shared her story after moving from Kyiv with her four-year-old daughter Lera to Sileby to stay with a host family. Kateryna said: “I arrived in Sileby in June and I am still impressed.. Council tenants are being urged to apply for grants which can be used to help improve communal facilities and fund events. Charnwood Borough Council runs three different grant schemes which aim to bring communities together and improve areas for.. The search to find the best photographs of parks and open spaces in Charnwood is on! Charnwood Borough Council has launched a competition as part of the ‘Love the outdoors in Charnwood’ campaign to celebrate the borough’s fantastic range of.. The Charnwood Sports Awards are back for 2022 and residents are being encouraged to enter their nominations. The awards, run by Charnwood Borough Council, will celebrate the sporting achievements of individuals and clubs as well as the dedication of.. 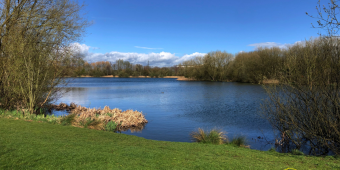 Residents are being invited to survey wildlife species at Dishley Pool in Loughborough. Charnwood Borough Council’s open spaces partner, idverde is working in partnership with the Royal Society for the Protection of Birds, to host a BIOBLITZ to.. This press release was originally issued by Leicestershire County Council. Health experts and the emergency services in Leicestershire say they are concerned about another prolonged heatwave affecting the county this week. Representatives from the.. 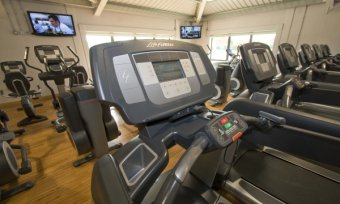 Works to improve Charnwood’s three leisure centres will soon get underway. Charnwood Borough Council, and its leisure partner Fusion Lifestyle announced the £1m investment earlier this year as part of a new contract meaning the partnership will.. Two of Loughborough’s open spaces cared for by the community have been awarded a Green Flag award. The Forest Road Greenbelt, which is maintained by the Greenbelt Gardener volunteers, supported by Charnwood Borough Council and its grounds..