The tenant satisfaction survey is a postal survey that was sent out to 2,677 general needs and 272 sheltered homes thoughout the borough.

What follows is a breakdown of the key findings from the report, which saw a response rate of 34% from tenants. You can also view the findings in the infographic below:

Significantly low levels of satisfaction were found in:

We are already carrying out a number of actions to address the key findings of the STAR survey, including:

The infographic showing results from the survey can be viewed below: 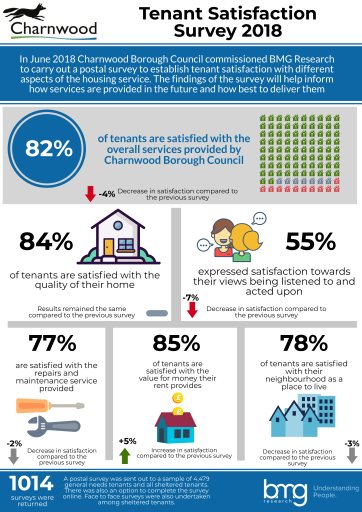