The day was filled with festive fun including an arts and craft fair, children’s fairground rides and musical performances. The lights were switched on at 5pm.

There was also a charity market in the town centre from 10am as well as a food court, craft and retail market and fairground rides. The Council formed a festive team with Fosse 107 to run a competition to find a youngster who would like to switch on the town’s festive lights on Sunday November 20, 2022 in front of thousands of people.

The winner(s) of the competition can be found in the news story below:

Find out who lit up Loughborough 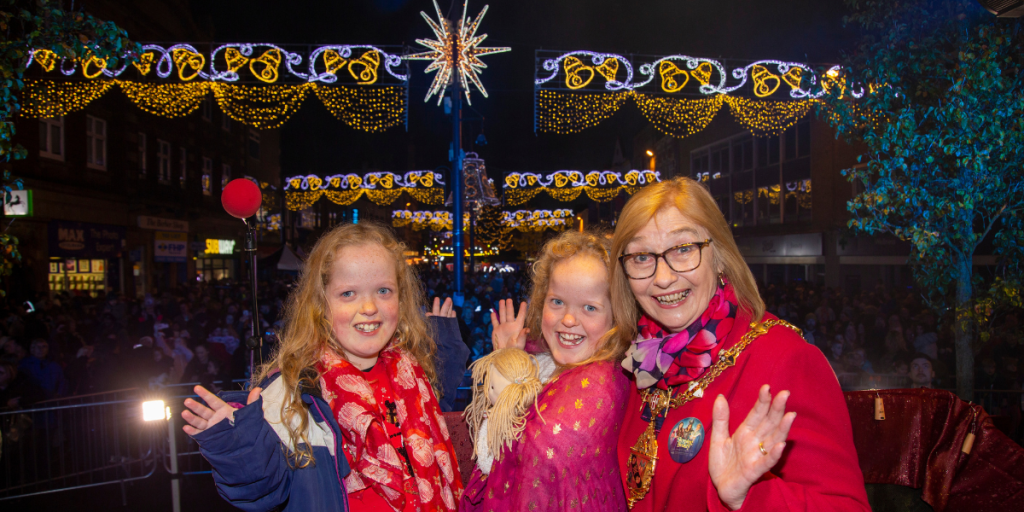 The popular craft fair returned for its fifth year. Over 30 stalls attended, and were filled with a wide range of handmade products from talented makers locally and from further afield.

Spider-man and Princess Elsa, from the popular Disney film, Frozen, were in the market place meeting the crowd from 3pm until 5pm.