The Council is working with Hathern Parish Council on a project which is looking to create a 15-acre community woodland on council-owned land off Golden Square in Hathern.

The proposed Hathern Community Woodland project would see around 14,000 trees planted on the site.

The project has the support of the Forestry Commission and Hathern Parish Council and could be planted as soon as the next planting season (November 2021—March 2022).

The plan is to plant blocks of native broadleaf and naturalised trees species on two arable fields adjacent to Golden Square and Lammas Drive. Initially the young trees will require fencing to protect them, but pedestrian gates will allow for woodland walks in the future.

The project is also expected to contribute to the Council’s commitment to become Carbon Neutral by 2030. It is estimated that after 30 years the Hathern Community Woodland has the potential to capture up to 1,323 tonnes carbon dioxide.

The council-owned land off Golden Square has a total of area of 18-acres and the woodland is expected to be around 15-acres.

A visual plan of the proposals for Hathern Community Woodland can be seen below. 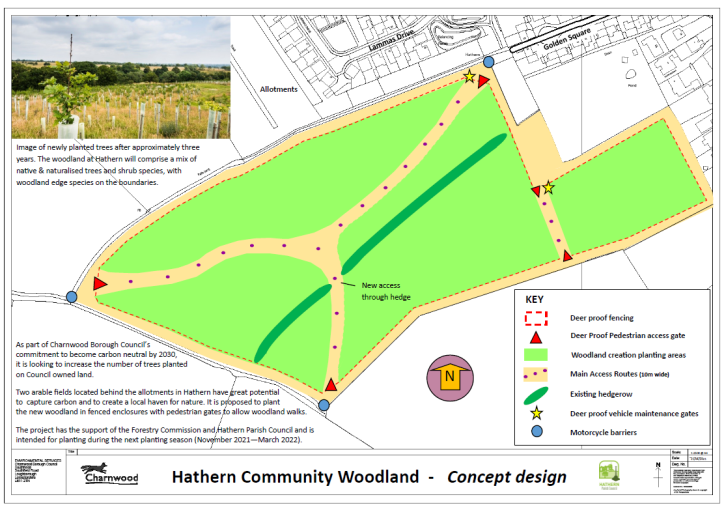 Preparing the site for planting

Some minor works have been getting underway to prepare the land for planting during the winter months.

Please be aware that agricultural equipment will be present on site for the first time in a number of years.

While operations are ongoing those exercising or walking their dogs should stick to the official footpath that runs behind the allotments rather than use the fields to the rear of Golden Square and Brunsleigh Croft. 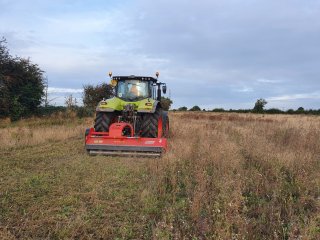 The Council asked local residents in Hathern to give their views on the proposed community woodland. The consultation closed on August 26 and over 200 responses are now being reviewed. Thank you to everyone who completed the consultation.