With the help of the Carbon Trust we created a Carbon Management Plan which included a number of measures to help cut the estimated 2,161 tonnes of C02 produced by our activities every year. This figure was based on information from 2012/13 and has been used as a baseline for this project. 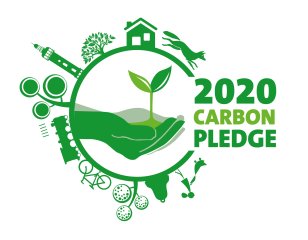 The following projects have already been implemented.

The Monitoring Report for 2018/19 will be the final monitoring report against the 2020 carbon management plan due to significantly exceeding the 15% target reduction.

A climate change notice of motion was approved by Full Council on 24 June 2019 to note the findings from the International Panel on Climate Change report published in October 2018.

The report concluded that we have less than 12 years to act to avoid the worst impacts of climate change. The notice of motion set an aspiration for the council to achieve carbon neutrality from its own operations by 2030. The Council also committed to work with residents, businesses and other public bodies across the borough and region to deliver this ambitious goal through all relevant technologies, strategies and plans.

The Council is currently working on a plan to achieve carbon neutrality for its own operations by 2030.